Google+ finally for everyone! 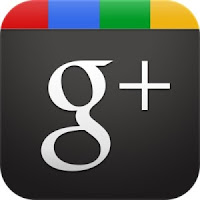 There have been a lot of whining on Google from their Apps-users since the launch of Google+ for everyone with a regular Google-account. The Apps-users have not been able to use Google+, until now! (actually october 27)

As usual I am impressed with most of the things Google accomplishes, but now when all of their services have gotten a visual and functional touchup I am getting really impressed.

As someone at an early stage pointed out it is really sweet of Google to play naive and let me fill in my profile information when I create my profile (as if Google did not already know), but after a few clicks I am on the go. My albums from Picasa is automatically integrated and even the pictures I have uploaded to this blog is shown in Google+.

But what happens next? Practically no one of my friends are on Google+ so what do I use it for? I guess we will see. Hopefully there will be even more integration between the social networks in the future. I am anyhow very satified with the fact that you now can find me on Facebook, LinkedIn, Twitter, this blog and now also Google+!