June 03, 2012
Well, there is not very much to say about the trip to Redmond, except that it was awesome! It has been a week filled with seminars and social activities in Microsoft Conference Center and closeby venues. We even paid a visit to The Flight Museum outside Seattle and actually got a private tour from Clemens Vasters, who knew surprisingly much about airplanes.

Not only have I been able to meet other extremely talented developers and architects who participated in the LEAP program, I've also had the chance to meet some of the most involved people at Microsoft and got to hear about the latest and hottest topics in IT today.

The speakers included Jonathan de Halleux, Stuart Kwan, Scott Guthrie, Miha Kralj, Clemens Vasters, Cihan Biyikoglu, Bryan Agnetta and more. The topics were everything from theoretical architectural lectures to deep product previews and technical discussions. Overall it was a great schedule packed with so much information I almost don't know what to do with all of it.

There will be announcements in the near future for some of the previews we got to see. For instance the new Azure improvements will be announced June 7th and as you might know we got the Release Preview of Windows 8 just a couple of days ago. There sure are a lot going on right now and I know I'm going to stay alert to keep up!

Here are some other interesting stuff that was mentioned during the seminars:


I really hope that there will be a continuation of LEAP next year and I would recommend (almost) anyone to attend. I would also like to give a big handout to Björn Eriksen who made this arrangement possible, and did it really well! 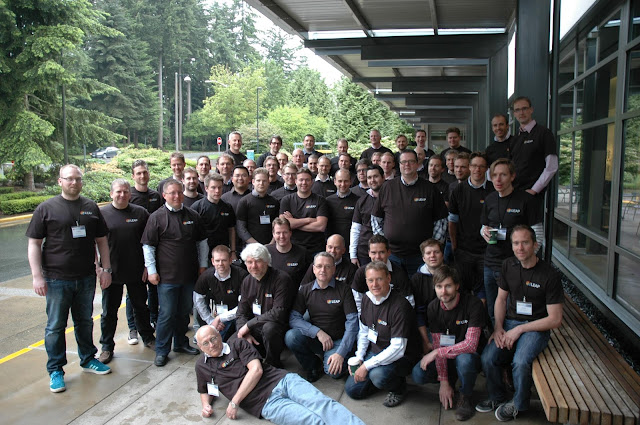